Bergen County Camera’s selection of photo books can provide hours of enjoyment, wonder, and inspiration. We welcome you to visit Bergen County Camera or Gallery 270 and view our growing collection of books from artists including George Tice, Baron Wolman, Sebastiao Salgado, Herman Leonard, Jefferson Hayman, Melchior DiGiacomo, and many more.

New additions to our photo books include:

Relive the original 1969 Woodstock experience with this incredible book featuring over 75 images from the 3-day festival,  An exclusive 14-page interview of Baron and Michael Lang, concert promoter and co-creator of Woodstock, a complete set of Baron’s never before seen Woodstock contact sheets, and a foreword by none other than Carlos Santana.

Also available is the limited edition version of only 250 copies featuring:

• The widely-praised hardbound book nestled in an elegant custom slipcase with gold embossing.

The kind of fame and success The Rolling Stones have achieved in their 50-years and counting career is without parallel; their most famous riffs and catchiest lyrics are indelibly engraved in our collective memory. With their bluesy rock ‘n’ roll and mesmerizing off and onstage presence, the Stones redefined the music of the 1960s and 1970s and paved the way for rock as we know it today. They also set the standard for how a rock band should look and behave. Produced in close collaboration with the band, this book charts the Stones’ remarkable history and outrageously cool lifestyle in over 500 pages of photographs and illustrations, many previously unseen, and gathered from archives all over the world. Unprecedented access to the Rolling Stones’ own archives in New York and London adds an equally extraordinary, more private side to their story. For Mick, Keith, Charlie and Ronnie this is their official photographic record.

Also available is the Limited Collector’s Edition of 1,150 copies. Numbered and signed by Mick, Keith, Charlie, and Ronnie!

National Geographic “Around The World in 125 Years”

For five generations, National Geographic magazine has dazzled and educated people with its incredible photographs, illustrations, and gripping stories from the four corners of the earth. Combining travel, wildlife, science, history, culture, and conservation, the National Geographic Society’s trailblazing magazine has inspired millions of readers to explore and take an interest in the planet we inhabit. Now, in celebration of its 125th anniversary, National Geographic has opened their archives to distill the journey of a lifetime.

On a very fortuitous day in 1970, 26-year-old Sebastião Salgado held a camera for the first time. When he looked through the viewfinder, he experienced a revelation: suddenly life made sense. From that day onward—though it took years of hard work before he had the experience to earn his living as a photographer—the camera became his tool for interacting with the world. Salgado, who “always preferred the chiaroscuro palette of black-and-white images,” shot very little color in his early career before giving it up completely. This new opus, GENESIS, is the result of an epic eight-year expedition to rediscover the mountains, deserts and oceans, the animals and peoples that have so far escaped the imprint of modern society—the land and life of a still-pristine planet. “Some 46% of the planet is still as it was in the time of genesis,” Salgado reminds us. “We must preserve what exists.” The GENESIS project, along with the Salgados’ Instituto Terra, are dedicated to showing the beauty of our planet, reversing the damage done to it, and preserving it for the future. Salgado likens GENESIS to “my love letter to the planet.”

Over 30 trips—traveled by foot, light aircraft, seagoing vessels, canoes, and even balloons, through extreme heat and cold and in sometimes dangerous conditions—Salgado created a collection of images showing us nature, animals, and indigenous peoples in breathtaking beauty. Mastering the monochrome with an extreme deftness to rival the virtuoso Ansel Adams, Salgado brings black-and-white photography to a new dimension.

Whereas the limited Collector’s Edition is conceived like a large-format portfolio that meanders across the planet, this unlimited book presents a selection of photographs arranged in five chapters geographically: Planet South, Sanctuaries, Africa, Northern Spaces, Amazonia and Pantanal. Each in their own way, this book and the Collector’s edition, pay homage to Salgado’s triumphant and unparalleled GENESIS project.

The Collector’s Edition, limited to 2,500 copies, numbered, and signed by Sebastião Salgado, is also available.  Featuring:

Available now both online and in store. 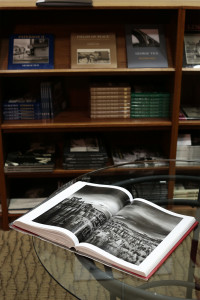 Most photo books are only printed in small quantities, often less than 5000 and some as few as 1000 copies. Some individual artist made books are made one at a time. Most well printed photo books accrues additional collectible status when it is a first edition and or signed by the artist. All the major auction houses like Swann, Christies and Sotheby’s run regular auctions dedicated to photo books. Truly affordable works of art when first released, individual books can rise quickly and dramatically in value as the small quantity sell out.

They make the perfect gift for those difficult to buy for. Pick a subject, person, or time in history and chances are we have a beautiful photo book that’s topical and strikes a resplendent chord for an individual. Since we are music fanatics here, you could guess that we represent some of the finest photographers in the world of music. We have a great selection of their books, many of which have been signed.

The photography field has so many niches that photo books offer an almost universal appeal. Stop in at Bergen County Camera or Gallery 270 to check out our large selection of photo books. 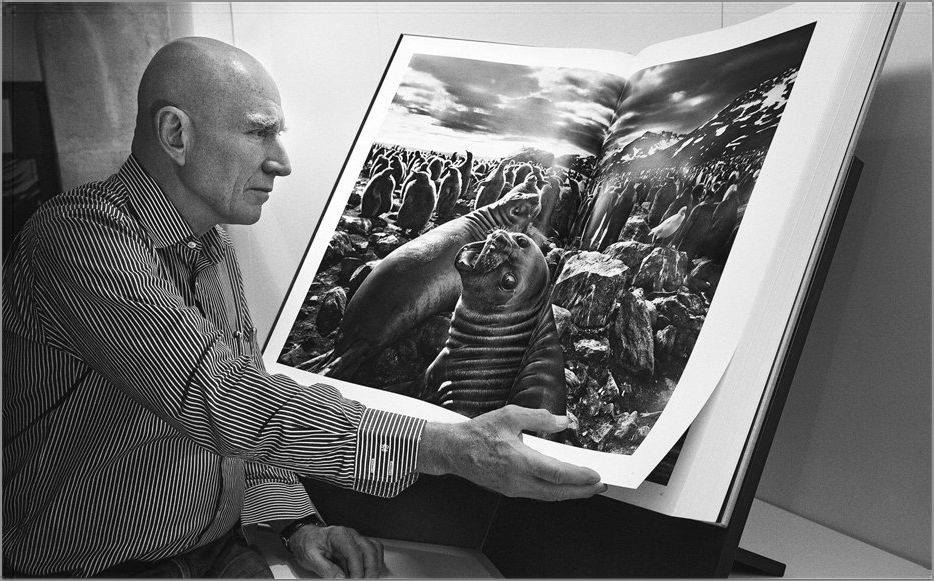 We are proud to announce that we now have the ability to create high quality photo books. These books can be ordered through our website or in store. These books are great for preserving all your favorite family memories. If you would like to have your old photo albums scanned and turned into a gift for your family this holiday season, multiple can be printed. Stop by Bergen County Camera in Westwood to find out more.