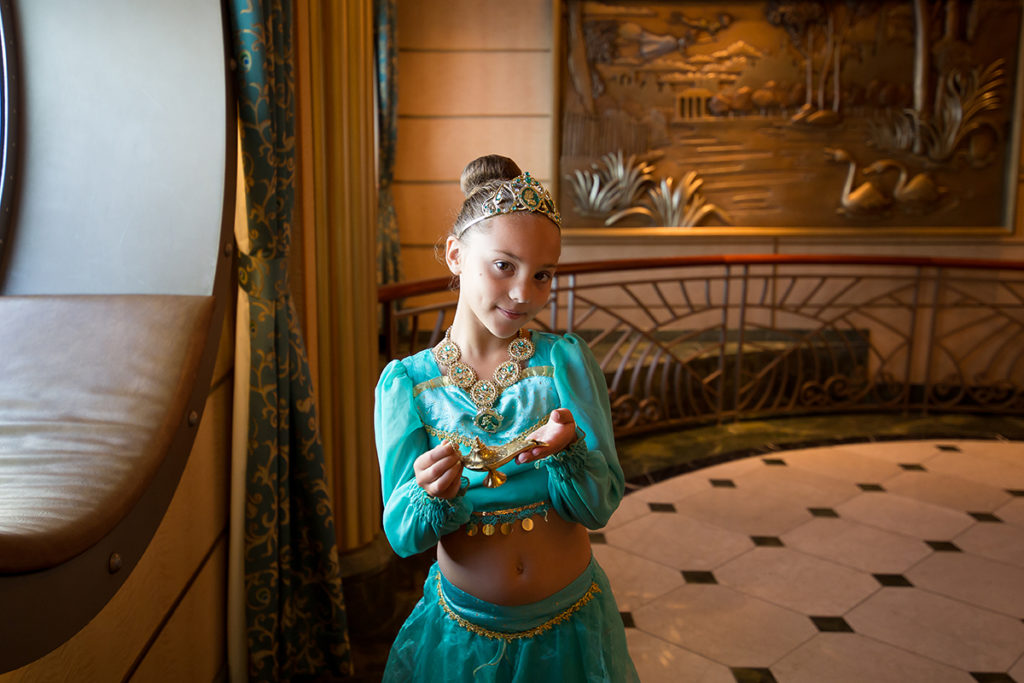 When Marcie Reif’s daughter was born, she intended to take up photography as a way to document her child’s early years. “I was a teacher and worked with kids all of the time, so taking pictures was a fun diversion,” she says. She figured she could earn extra money on the side taking photos of kids, but as she got better at it, her side venture started growing. A few years in, Marcie finally decided to quit her teaching job and started her business as a family, newborn, and lifestyle photographer based in Atlanta.

On the flip side, Marcie also became involved with Clickin Moms, an organization dedicated to female photographers at every skill level. “Taking pictures of my kids as a hobbyist, especially down by the beach, is what grabbed the attention of that group,” she says. “Every time we went down to the water, I’d rent new lenses or a different camera—always looking for something new to play with.”

Marcie and her family recently took a Disney cruise—right as other families are also starting to plan their winter vacations to warmer climes—and she brought the Tamron SP 15-30mm F/2.8 VC wide-angle lens with her on her trip. “It’s such a versatile lens for a vacation like this, where we’re carousing on the cruise ship and on the beach,” she says. “This lens lets me capture the kids as they’re playing or otherwise entertaining themselves, with a good portion of their environment in the background; after all, you want to remember where you went on vacation! I especially like this lens because it’s not intrusive, meaning my kids are generally more cooperative in terms of letting me take photos.”

The lens is also a stellar performer in a variety of lighting situations, which is crucial when you’re constantly on the go on vacation. “Of course I love shooting at the so-called golden hour, but that’s when you might be having dinner or your kids are tired after a long day in the sun,” Marcie says. “The 15-30 performs well even during midday and nighttime scenes. It’s liberating to not have to wait for a certain time of day to shoot, ensuring you don’t miss a single moment of your trip.”

Marcie also appreciates the lens for the creativity it allows her on the fly. “When you’re on vacation, you obviously want to capture the memories for your photo album, but I also find myself playing as if I were an artist,” she says. “I really like the 15-30 because it lets me experiment with light and colors so effectively.”

A prime example of the 15-30’s performance was a photo of Marcie’s son snorkeling in the clear waters of Castaway Cay, Disney’s privately owned island. “I knew the lens would be able to capture the sky, the water, and all of the colors beautifully,” she says. “It almost looks like it’s not real. I barely had to edit this image afterwards. The only thing I did was add some contrast and a bit to the blacks. I also removed some people from the photo to make it appear like we were there by ourselves.” 15mm, F/2.8, 1/4000th sec., ISO 200
The 15-30 also allows Marcie to hang back when her kids are immersed in play. “It’s not always necessary to capture your subjects’ faces when you’re going for a candid vacation photo,” she explains. “My son was just playing with this shower in this photo. Kids can sometimes get caught up in what they’re doing, and rather than distract them so they’ll look up for your photo, just take the photo. That’s part of being on vacation with kids—you have to capture them when you can. This picture ended up being one of my favorites, with that water falling on his head, and the way the lens was able to capture the movement and light here without being overblown.” 30mm, F/3.5, 1/800th sec., 200 ISO
The same type of furtive capture happened back on the ship when Marcie spied her daughter looking out over the water. “I asked her to look at me, but she didn’t really want to,” she says. “I loved the way the wind was blowing her hair and the way the light was coming through it, though, so I took advantage of those elements instead. I also appreciate the lines and curves of the ship’s form. Whenever I could, I’d try to bring my kids up to that bar and shoot at different angles just for that reason.” 15mm, F/3.2, 1/1600th sec., ISO 200
To show how the 15-30 can be wielded for portrait photos, Marcie asked her friend’s daughter for a picture as she showed off her red heart sunglasses. “I was close enough that I could have reached out and touched her—you can actually see my reflection in her sunglasses,” Marcie says. “I’m still able to get an attractive close-up, with my subject super-sharp and the background blurred out nicely, which prevents it from distracting from my smiley subject. You can still tell exactly where we are, though.” 30mm, F/2.8, 1/2500th sec., ISO 250
A photo of Marcie’s daughter decked out in her Princess Jasmine outfit made for a similarly sweet shot. “I placed her in front of the ship’s porthole because I liked how the light was streaming in through it,” she explains. “I knew the clarity would be good, and she was just happy she got to pose holding her genie lamp, which is why she has such a natural smile. It was a win-win for both of us.” Marcie says the 15-30 is tailor-made for photos like the one she took of her kids and her friend’s two girls hanging out in the surf. “The very slight distortion on the wave that I get shooting at the widest end of the lens is what I’m drawn to,” she says. “It serves as a leading line of sorts. I also love the way the lens preserves the sky and how you see all of the color in the image from their bathing suits centered right in the middle. The only thing I would’ve changed about this image, if I’d had the time, is to keep the horizon from going through their heads. I usually try to keep an eye on that, by either crouching down or getting up higher, but I had to break that rule to quickly capture this moment.” 15mm, F/2.8, 1/6400th sec., ISO 250
The lens also allows Marcie to indulge that artistic side she loves. “I visualized the scene of my son dashing across the beach before he even did it,” she says. “He was running around, so I simply jumped in front of him and waited for him to run through my frame. I was drawn to the sand, the sky, the colors, the yellow in his bathing suit. Once again, the lens is perfect for this—the wide angle at the 15mm end distorts the image ever so slightly, just enough to take a photo that might seem kind of ordinary and make it look more creative.” 15mm, F/4, 1/4000th sec., ISO 250
The 15-30 handled superbly when it came time for Marcie to document a Disney day’s-end favorite: nighttime fireworks. “Fireworks can be pretty hard to shoot, especially because they happen so quickly,” she says. “I always think of them as a big challenge. I really loved how this particular image came out, however, because you can see my son and tell he’s in awe of the show, even though (once again) you can’t see his full face. The light on their faces is a reflection of what they’re staring at in the sky. It was the perfect end to a great day.”