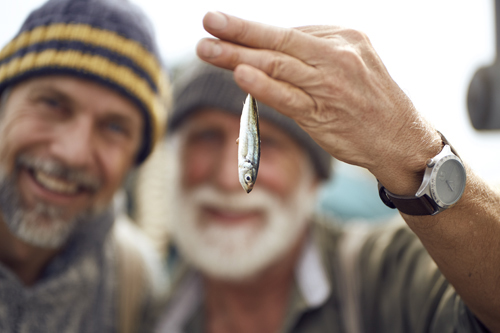 “This image is one of my favorites: It was the ‘catch of the day’ for these tough guys! Once again, it was a challenging photo—I had to get the focus on that little silver body that was shaking, and the image also needed to show the story in the men’s blurred faces.”

“It was one of the greatest adventures I ever had as a photographer,” Thomas Kettner says. On his high-seas adventure, Thomas brought along the new Tamron SP 85mm VC lens, whose compact size, super-fast autofocus, and water-resistant construction allowed him to concentrate on the action aboard the trawler instead of having to worry about his gear. “I was able to give my full attention to every image,” he says. 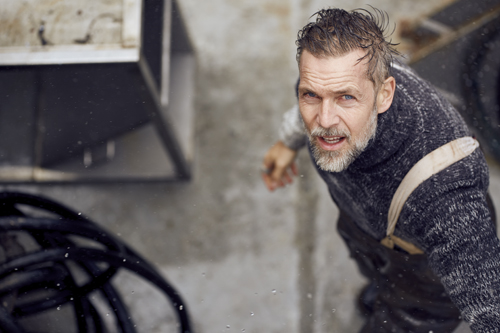 The 85’s performance on his high-pixel-density camera was just what he needed for this trip. “My camera features excellent resolution and definition, so I was worried that any optical distortions or other artifacts I didn’t want would come from the lens,” he says. “I shouldn’t have worried. I didn’t encounter any problems like that, and I tested the lens in virtually every condition you can think of: lowlight, backlighting, artificial lighting, long exposures, short exposures, and lots of camera movement. Compared to other, more costly lenses, it worked wonderfully.” 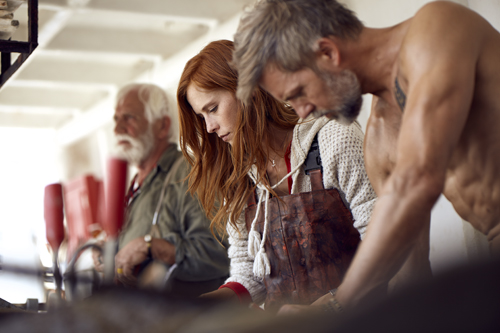 “This was one of the wetter challenges for the 85mm lens. The water was dripping out of the net above me, dropping down on the guy; he couldn’t look up for long periods of time, so I had to be quick and precise. The moisture resistance of this lens was terrific under these circumstances.” 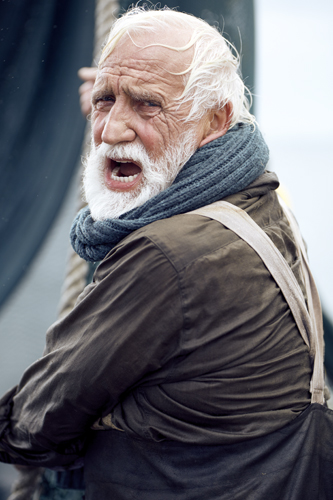 Thomas used all-natural light on the trawler, or, to be more accurate, whatever light was available in whatever the situation was at that moment. “On a shoot like this, there’s no chance to use additional lighting except maybe a flash on your camera,” he says. “This kind of lighting is completely not my style, with ultra-low light and super backlighting— every kind of lighting situation you could imagine.” 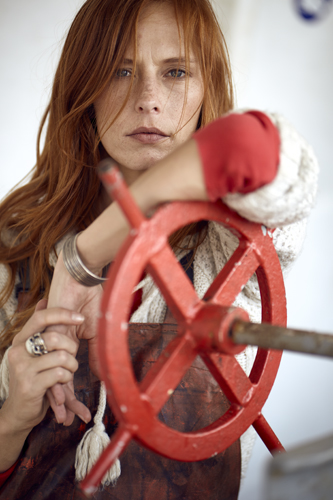 And it was definitely real for Thomas and his team on this constantly moving trawler. “Sometimes I had only one hand to hold the camera, because the other hand was used to hold myself to the boat,” he says. “I had to aim, focus, and shoot, often under very adventurous conditions: A fish trawler is a boat that seems to move into all directions of space’s three dimensions.” 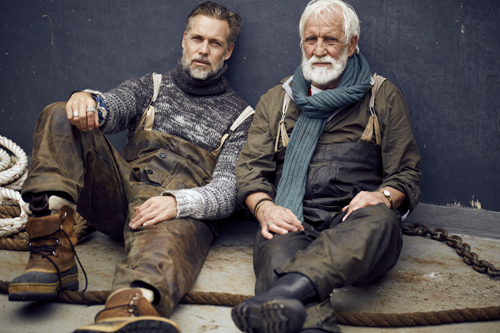 Even the fishing part of the trip can be perilous. “If a big shoal of sardines isn’t pulled in properly, it can cause a big trawler like the one we were on to capsize, so there’s a lot that needs to be done properly by the captain and his crew,” he says. “Plus hundreds of seals will often go into a feeding frenzy, plowing through the net filled with sardines—which can cause a problem if the fish all swim away in one direction at the same time.” 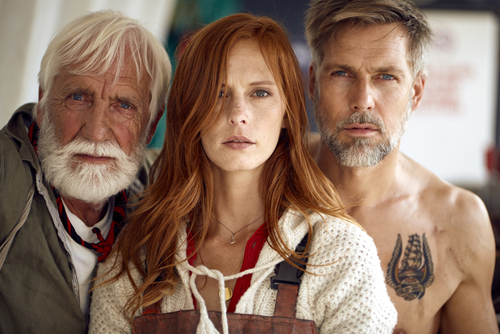 That’s why having the 85mm’s Vibration Compensation (VC) feature at Thomas’ disposal proved crucial on the open water. “To have that VC capability was a treasure,” he says. “It was incredible to have the first and only F/1.8 lens for a DSLR with image stabilization.” 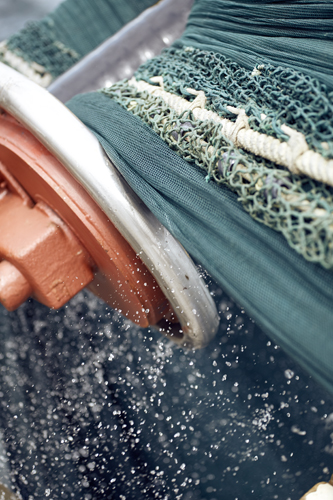 As for the bokeh Thomas was able to achieve with the 85mm lens, he describes it as “a dream.” “The bokeh is so soft and gradual that the viewer kind of gets hypnotized and sucked into the picture right to the point where I want the viewer to look,” he says. “It’s almost like painting.”