Two weeks ago I went to Photoshop World in Orlando.  With the nice weather we’ve been having lately you would think I’d be outside soaking it up.  But instead, I’ve been glued to my computer trying all the new techniques I learned.  I went down on Tuesday for a pre conference workshop with Richard Harrington on shooting video with a DSLR.  We filmed a Celtic rock band called Seven Nations.   The next three days were filled with Photoshop and Lightroom classes given by great instructors like Scott Kelby, Katrin Eisman and Rick Sammon (to name a few.)  My brain is full! 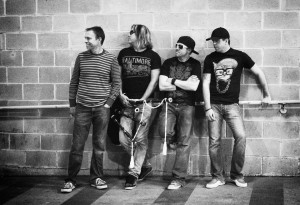 During the opening keynote we got a sneak peak at CS5, the new version of Photoshop that comes out on April 12th.  Looks like they’ve packed this upgrade with a lot of exciting new features!  The content aware fill is going to save me so much time when retouching photos I might actually get to go enjoy some of this beautiful weather!

Also while I was in Orlando, Adobe released Lightroom 3 Beta 2.  Some exciting new features are the ability to shoot tethered, DSLR video management and noise reduction (that really works!)   I just started using Lightroom recently and now I can’t live without it!  Shooting and processing RAW files is so easy, it has really streamlined my workflow.